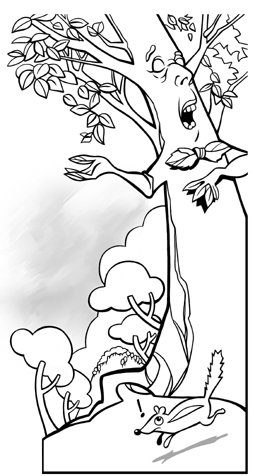 One day, as the trees were basking in the morning sun, with their branches swaying gently in the warm breeze, Lofty looked with a scowl at the other trees. He thought to himself, It’s so odd how all us trees sway so easily when a wind blows upon us. I do not like the bending and swaying caused by the wind, or the way my branches go in whatever direction they are blown. I’d rather show all who see me that I’m the one in control of my branches.

After pondering on this for some time, Lofty had an idea. “I have decided to take full control of my branches!” Lofty proudly proclaimed to the other trees. “I will not allow my branches to move or be swayed by the wind.

“I will not follow some whim of the wind.

“I will not sway and dance like you, foolish trees. I will show you how much better I look through my proud inflexibility.”

That evening a steady wind began to blow. With all his might Lofty tried to keep his branches from swaying and blowing in the breeze. He stiffened his many branches, and tried with all his might to hold still. 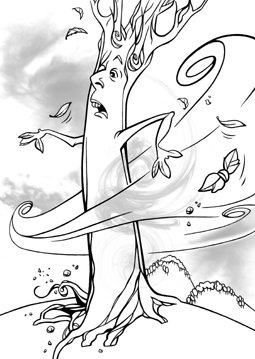 Soon the wind blew into a great storm, and still Lofty determined to not allow his branches to budge even the slightest. “I’m proving that we don’t have to let the wind affect our every movement,” Lofty proudly boasted to the rest of the trees.

The other trees were enjoying the storm, dancing about with the wind. “It’s so exciting dancing in the wind!” Dancing Birch shouted above the storm. “My branches and leaves almost look as if they’re spinning!”

“Look at my branches going up and down!” said Jumping Juniper.

Silly trees, allowing the wind to move them about, thought Lofty.

Just then a mighty gust of wind hit Lofty so hard that he felt a tug on his roots. Suddenly struck by the fear that he’d soon be uprooted and blown down, Lofty quickly relaxed his rigid stance to allow his branches to sway with the wind.

“The wind was so strong, I was nearly uprooted,” Lofty said, as he explained to the other trees why his branches were now flowing with the wind.

A sense of joy began to fill Lofty, as he yielded his branches to flow with the wind. “Oh, this is such fun!” exclaimed Lofty. “I forgot what a joy it is to dance with the wind!”

The next morning the storm had passed, the sun shone, and the forest trees cheerily greeted the bright day. Lofty was the happiest of all. “I’m free to enjoy life again!” said Lofty. “It was boring when I was so proud and immoveable. From now on, I wish to be a humble, flexible tree, and to let my branches bend and sway with the wind, like you do, my fellow trees.”

The other trees smiled, happy to have Lofty enjoying life with them again, and thankful for the reminder of the importance of being adaptable. 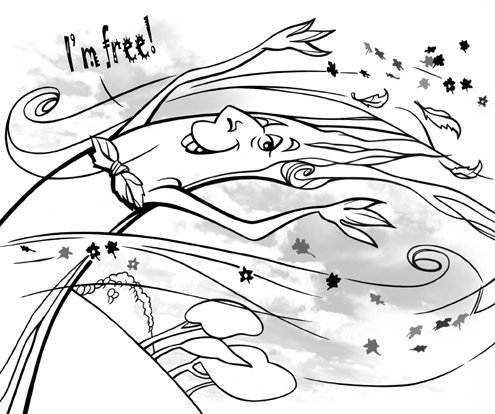 See "Flexible, Bendable Lofty Supplement (Orderliness and Adaptability-2a)" for additional material in teaching the following learning objective: “Understand the importance and benefits of being adaptable; learn of the detriments to being inflexible.”