My Wonder Studio
An Audio Bible Adventure: In Defense of the Poor
Friday, May 17, 2013

A retelling of Nehemiah 5 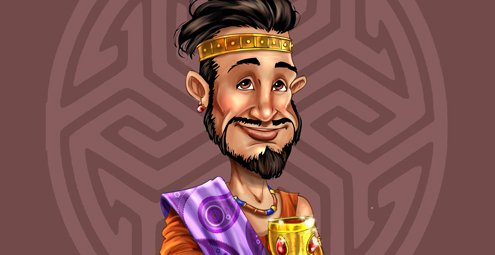 See “The Man Who Built a Dream” for another story on Nehemiah’s life.

It was the year 444 BC, during the reign of King Artaxerxes of Persia, that Nehemiah, who was royal cupbearer to the king, embarked on a mission to rebuild Jerusalem. Jerusalem was the city of his fathers and the once-great capital of Israel. Because of their sins and rebellions against God, the Jews had been conquered and forced to serve as slaves of Babylon for many years. Then the Medes and Persians under King Cyrus overthrew Babylon, establishing a vast empire, which lasted for more than two hundred years. Cyrus, who was both a friend and patron of the Jews, issued a decree in the first year of his reign that the Jews could begin their return to their homeland, Israel.

Some one hundred years later, little progress had been made to restore Jerusalem. The once towering walls lay in heaps of charred ruins, and the burned city gates remained broken.

Burdened by his people’s plight, Nehemiah was able to persuade King Artaxerxes to allow him to go to Jerusalem. Because of his faithful service as cupbearer as well as his friendship with him, the king appointed Nehemiah to be governor of the province of Judah. He also gave him his own official letters of recommendation and considerable material and financial support for the reconstruction of Jerusalem’s walls.

Soon after he arrived in Jerusalem, Nehemiah convinced the nobles and people of the city to unite under his leadership to rebuild the city. At first, the work progressed rapidly and soon the city walls were going up, despite enemy opposition. Nevertheless, there were other difficulties.

A drought had begun to strangle the land. Food production had dropped disastrously and many of the poorer Jews who relied on their harvests began to suffer. But famine was not the only cause of their hardship. Certain affluent nobles and moneylenders in Jerusalem began taking advantage of their impoverished brothers, seeing this season of want as a means to increase their financial holdings.

With food production nearly at a standstill, most families who normally grew their own crops had to seek and buy provisions until drought conditions improved. Then these ruthless moneylenders offered loans to them and charged interest to make profits. To obtain these loans, many of the starving families had to mortgage their fields, vineyards, and homes.

Others had already mortgaged their properties in order to pay taxes to the Persian government, which it levied every year throughout all the provinces, and those who had already mortgaged their lands and were still short of food had to sell their children into slavery in order to survive. Worse yet, because of the high interest on their loans, it became impossible for the destitute to clear their debts, and soon the moneylenders foreclosed on their mortgages and assumed ownership of their lands. The debtors had little hope of buying their children back into freedom.

The grim situation had finally reached the breaking point. Already some of the people’s leaders had complained that the work on the walls had become too difficult.

“The workers’ strength is depleted!” they cried. “And there is so much rubble and debris that we will never finish. If that is not enough, our enemies are threatening to attack us at any moment!”

Up to this point, Nehemiah had always been able to inspire faith in the men to continue building the walls in spite of the odds against them. His courage and perseverance had been contagious. But now he recognized that an even greater adversary threatened to destroy all that his people and he had dreamed. Some of his very own nobles and wealthy civic leaders had been undermining Nehemiah’s efforts through their greed.

One afternoon as Nehemiah rode out along the walls to inspect the work, a crowd of bedraggled workers approached him, protesting against the moneylenders who had lured them into economic slavery.

“We are brothers of these wealthy men, and our children are just like theirs,” they said. “Yet we have had to sell our children into slavery to get enough money to live, and we are helpless to redeem them, for these men have confiscated our fields and lands.”

When Nehemiah heard the situation firsthand, he was outraged. He called a public trial before a great assembly and dealt sternly with the profiteers.

“What is this you're doing?” he demanded. “How dare you require a mortgage as the condition for helping another brother of your own kind!”

He then reminded them that in the laws which God had delivered to Moses it is forbidden for a Jew to lend money to his brother in order to profit by it.1

“The rest of us are doing all we can to help,” Nehemiah raged as the trial continued. “We are even buying many brethren back from slavery with our own money, but you are forcing them back into slavery again! How often must we redeem them?”

A hush came over the crowd as Nehemiah awaited their reply, but the guilty ones had nothing to say in their defense. They knew that it was unlawful to demand interest on loans. Furthermore, the lender was always obliged to consider the borrower’s financial condition and his ability to pay back the loan, not to extort from them what little they had.2

Nehemiah pressed his point even further before the assembly: “What you are doing is evil in the sight of God! How can we ever expect God to bless our country and our people if we have become our own worst enemies? Should you not walk in the fear of our God? Don't we have enough enemies among the nations around us who are trying to destroy us, without having enemies amongst our own people?

“I have lent the people money and corn without interest, and so also have my companions and the men who work for me. Now, let each of you who has made loans charging interest cancel all of your claims to repayment and all debts that they owe you, whether it be money or corn or wine or olive oil, and give them back their fields and vineyards and olive groves and houses.”

As the accused men faced Nehemiah and the whole assembly, one by one they shamefacedly agreed with his demands. Their selfishness had been exposed before all. The common people looked on in astonishment as the men who had so coldheartedly taken advantage of them promised to assist their brothers both financially and materially without interest and without requiring them to mortgage their lands or to sell their children into slavery.

This seemed an occasion for a celebration, but Nehemiah was taking no chances. He immediately summoned the priests and required the offenders to make a formal vow to carry out their pledges. Nehemiah took off the sash from around his waist and shook it at them.

“This is how God will shake any of you who don't keep your promise,” he said. “I invoke the curse of God upon any of you who refuse, and may God destroy your homes and livelihood if you fail to keep your word.”

All the people shouted, “Amen!” and praised the Lord with great rejoicing. And the offenders did as they had promised.

Because of this victory over the most dangerous of all enemies—the avaricious enemy within—the work on the walls resumed with even greater speed. After the wall’s completion, because of the unity achieved and because of the people's obedience to the Lord and His chosen leadership, a great spiritual revival swept through people’s hearts.

During the twelve years that Nehemiah governed Judah, he refused to accept wages from the government, and in his diary, he wrote, “I accepted no salaries or other assistance from the people of Israel. I stayed at the work on the wall and neither I nor my coworkers took advantage of our positions for personal gain. Neither did we acquire any properties of our own.

“I also required every one of my officials to spend time working on the wall themselves, all this despite the fact that I regularly fed one hundred and fifty Jewish officials at my table daily, besides visitors from other nations, and all this at great personal cost. Yet I refused to make a special levy against the people, for they were already having a difficult enough time.”

It would have been difficult for Nehemiah to persuade others to give to the poor had he not first been an example to all of his love for God and his unselfishness and sacrifice toward his brothers.

See “Hero of the Month: Nehemiah” for more on this fascinating Bible character.

Adapted from Treasures © 1987. Read by Jeremy.
A My Wonder Studio Production. Copyright © 2013 by The Family International.